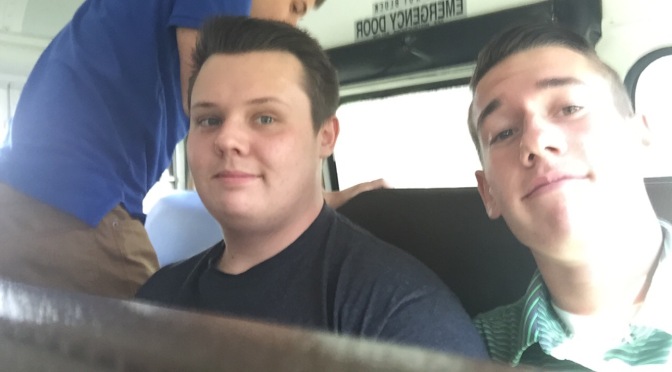 Next year will not be the same without the class of 2016. I’ll miss coming in and talking about the infamous Xbox and being chewed out by Samara on a daily basis. The morning show will be completely different next year with the loss of Logan, Louie, and Grant. The mental health minute competitions will be a piece of cake next year going against fellow junior and current journalism one student, Dominick Giannini.

The Squire caught up with junior, Brittany Arp, who independent studies journalism three and is the soon to be Editor-in-Chief of The Squire, to see what she thinks her senior year of journalism has in store for her.

The Squire: What are going to be some major differences between this year and next year?

Brittany Arp: Well, just being in a class will be different than this year, but I was with the first period class last year. This upcoming year won’t feel like journalism at first because it will be all new kids.

TS: Are you looking forward to anything in particular for next year?

BA: Word on the street is that we are supposed to go to New York City next spring and that would be really fun. I also can’t wait to review the announcements every week.

TS: When journalism goes on field trip to Edinboro and St. Bonaventure; do you plan on entering a project?

BA: Yeah, being one of the only ones in journalism three, I am going to have to step up and do a lot of things like that.

TS: Do you plan on being an anchor on the W-IKE show next year?

BA: I don’t know if I would want to do it or not; I’ll have to make the decision at the beginning of next year.

The Squire is excited for the 2016-2017 journalism class, but we are always looking for new, motivated staff members. If you have any open slots in your schedule and think you would like to be part of The Squire newspaper staff and W-IKE news show, talk to Mr. Demorest and Miss Howe to join journalism.