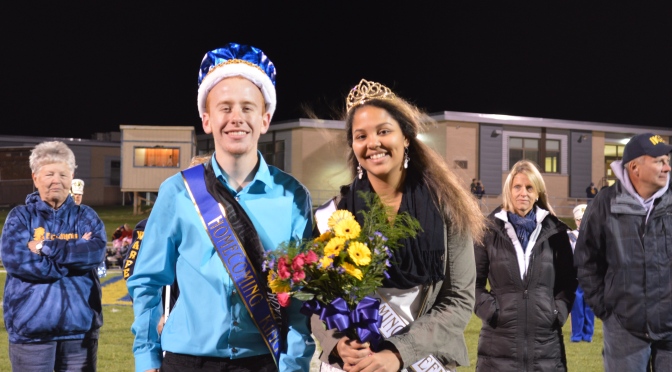 During half time at the football game against Saegertown on October 2, a large crowd faced the intense cold and gathered around to see the crowning of the homecoming king and queen.  After much anticipation, Seniors, Samara Warren and Louie Head, were officially named the 2015 homecoming queen and homecoming king under the Friday night lights.  Derek Lasecki, senior at EHS, happily accepted the crown for EHS quarterback Head, while former homecoming queen, Megan Hagberg, crowned Warren.  After being crowned, the royal couple and the rest of the homecoming court was taken away in a new Ford truck representing Eisenhower High School.  Congratulations Louie and Samara! END_OF_DOCUMENT_TOKEN_TO_BE_REPLACED 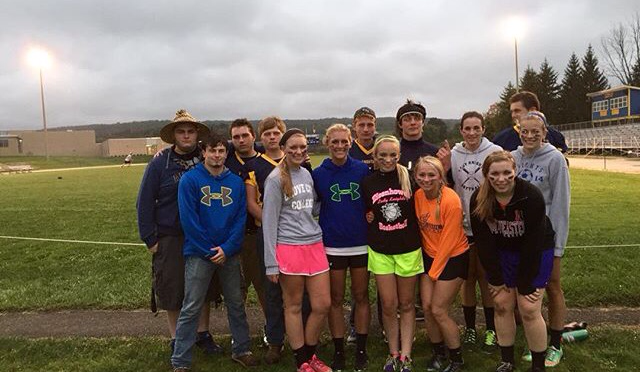 EHS students were pumped up for the annual bonfire that took place Wednesday, September 30. Louie Head and Jacob Hamilton created their two teams of girls and battled it out on the football field in an intense game of powder puff football. Abby Lundmark, a senior, was the quarterback on Head’s team, while Lexi Head, a freshman, was the quarterback on Hamilton’s team. The game was refereed  by fellow Squire members, Jason Tucker and Logan Eadie. Jacob’s team took the lead with a touchdown by freshman athlete, Delaney Nizzi, but Head’s team caught up with a touchdown by Emily McJunkin. The game ended with Hayleigh Hishman kicking a field goal, winning Jacob’s team the game. Eisenhower students are busy preparing for Homecoming this week and are looking forward to the Homecoming football game, Friday October 2.