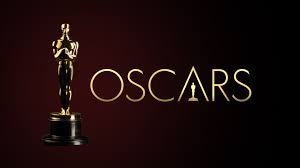 The Academy Awards, more commonly known as the Oscars, are back for their 92nd year. The Oscars are awards for “artistic and technical merit” in the film industry. The award show is important for different reasons, one of which being that if an actor wins one, they could get more popular, get more work, and get people to take them more seriously. For many actors and film makers, it is a career goal to be nominated for, or win an Oscar.

Another question we asked Hefright was who her favorite actors/actresses are. She responded by sharing, “my favorite actor is Joaquin Phoenix and my favorite actress is probably Saoirse Ronan.” She went on to explain, “They’re both really talented and diverse people.”

Hefright’s favorite part of the show is when they announce the awards, and she feels “It builds up anticipation and makes you wonder when they’ll announce the best picture.” While Hefright is a huge fan of the Academy Awards, she does get a bit annoyed at the actor’s jokes and side conversations they have up on the stage.

Remember the Oscars awards show is on Sunday, February 9, 2020 on ABC, so don’t forget to watch and see if your favorite actors and actresses got the awards they deserve!