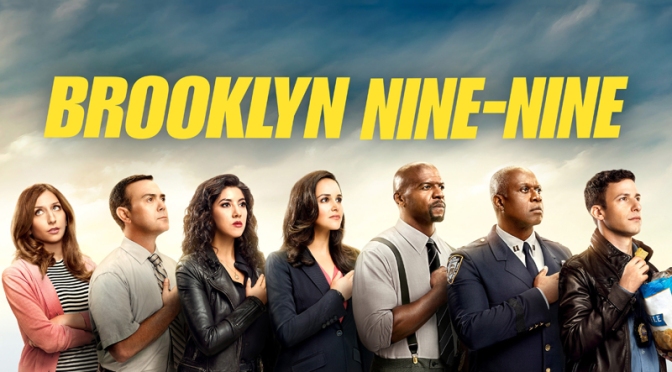 Breaking news: your favorite tv show is coming out with a new season! While others will rant and rave, some people shrug their shoulders like it has no meaning. Though in 2019, as producers release more TV shows, people start to get hooked to the characters and the plot. This year, many of the popular shows are putting out new seasons and are back by popular demand.

Since there are many shows that are put out on platforms like Netflix, Hulu, and regular cable, this article will be focusing more on shows that you would see on cable and, for those who don’t have cable, other platforms you can watch them on.

If you like drama and doctors, then this show is for you. “Grey’s Anatomy” is a television series that first premiered on March 27, 2005 on ABC. This series focuses on a group of young doctors at Seattle Grace Mercy West Hospital. The many characters include Meredith Grey, Derek Shepard, Jackson Avery, April Kepner, so on and so forth. Grey’s Anatomy is coming back on September 27, 2019 at 8/7c on ABC, continuing with season fifteen. If you don’t have cable, you can check it out on Netflix and Hulu.

Keeping with the line of doctors and dramas, meet Shaun Murphy from the hit television series “The Good Doctor.” Shaun is a young autistic surgeon who has an amazing talent, despite his disability. He joins the surgical unit at San Jose St. Bonaventure Hospital, using his unique talent to save lives, while learning to cope with the challenges of everyday life. The show first aired on ABC on September 25, 2017 and now has two seasons. Season two came out on September 24 of last year and is continuing with new episodes. Check them out on Monday at 10 pm on ABC. “The Good Doctor” is also found on Hulu.

If family influences all aspects of your life, you must tune in to NBC for “This is Us.” The Pearson family invites us to share the ups and downs of their everyday life. Brilliantly orchestrated, the authors take us back to their past to explain the present. Through several unexpected twist and turns, everyone can identify to at least one of the characters, whether it’s in the past, present, or even the future. “This is Us” first premiered on September 20, 2016 and is now on season three. Season three premiered on September 25 and is still coming out with new episodes. Recently, the show has even featured a unique connection to one of our local small towns, Bradford, Pa, making the show even more captivating. Check it out on Tuesday nights at 9 pm.

Cops are always represented to be tough and serious people, but not the ones on a popular comedy. “Brooklyn Nine-Nine,” which first aired on Fox in 2013, is a police sitcom that brings serious issues to life, along with a blend of humor. Jake Peralta, a detective in the 99 played by Andy Samberg, was a hard-working yet carefree cop with one of the best arrest records. When the old captain retires and Ray Holt, a serious man played by Andre Braugher, comes along, the detectives must work around the new ways. The show also includes Terry Crews, who plays Terry Jeffords, Melissa Fumero as Amy Santiago, Joe Lo Truglio as Charles Boyle, and Chelsea Peretti as Gina Linetti. The series was canceled on Fox after five seasons, but was picked up right away by NBC. Brooklyn Nine-Nine is now on season six which airs on Thursday nights at 9 pm.

Imagine having a television show with your three best friends about pranking each other in public. Seems pretty childish right? Well, not to Joe Gatto, Sal Vulcano, Brian (Q) Quinn, and James (Murr) Murray. These guys are the main stars in the show “Impractical Jokers.” They are four best friends from an all-boys high school in Staten Island who tell each other what to do to embarrass themselves on live TV. All of them go out on set with an earpiece in their ear while the others stay in the back and tell that Joker(s) what to do. If the Joker(s) refuse to say or do the thing they are told, then they get a thumbs down. Whoever has the most thumbs down at the end of the show gets punished. For example, Murr went skydiving, Joe had to break tables in a restaurant, Q was strapped down and got tarantulas put on him, and Sal had to shout out BINGO whenever the guys told him to. In an interview with Complex, Sal talked about the show by saying, “I think it’s just inherent to our friendship, really, and also our age. … The show is just basically a mirror of our lives, and the goal was to stay true to that. … We’re not trying to make a reality show at all. The show gets described sometimes as a reality show, sometimes just as a prank show. I think it’s neither. It’s just about us, and it’s just about us having a platform to be funny and to do comedy, really.” “Impractical Jokers” has just finished season seven last year, ending with the Staten Island Spectacular in December. Season eight is being filmed now and episode one airs on March 28, 2019 at 10 pm. If you want to see what they do, check them out on TruTV and the TruTV app. If not, they are on Hulu live and season one is on Netflix. The Jokers are also known as The Tenderloins Comedy Troupe and are on the Cranjis McBasketball world comedy tour. You can buy tickets at thetenderloins.com/tour, and new dates are always coming out. Along with that, the guys filmed a movie last year, which should be coming out sometime this year.

There can be many reasons why people become hooked to a television show. It could be the characters, the plot line, or just something they watch on their free time. Angela Godden, an Eisenhower student who was interviewed by The Squire, stated her opinion on why people get excited for television shows by stating, “People watch tv because they think it’s exciting and fun. They watch television because it’s interesting. TV is a form of entertainment like that is what music is. It sets you in a certain mood.” On the other hand, Julia Haight, another student from Eisenhower, was asked the same question, and she shared, “They love the characters and the storyline. They want a funny show or a storyline to laugh at.” Angela also expressed that her favorite genre of television was mystery because “they teach me how people think and why they did the thing they did. The shows tell us the person’s thought process, why and how they did their crime.”

As the years go on, more and more seasons will add on to your favorite show. Some might get canceled and some might be just starting out. No matter what comes out, there will always be an audience to watch the different shows. So prepare your popcorn because 2019 is going to be eventful with new episodes.